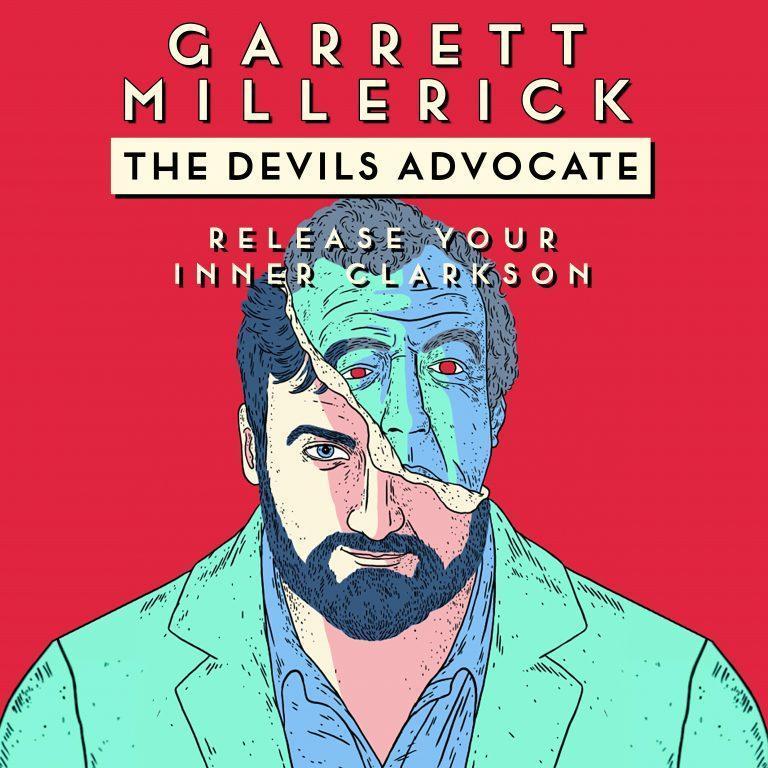 This highly charged hour of stand-up explores what Millerick describes as ‘the discrepancy between what I thought being an adult would be like and what it’s actually like’. Chuckle worthy musings on why we shouldn’t be so hard on Scientologists, what he thinks of a university’s safe-space policy, and a hilarious routine about how a more ethnically diverse Friends could potentially be more offensive than the current lack of cultural representation all make for a thoroughly enjoyable and engaging show. Garrett’s sitcom Do Gooders recently recorded a pilot for Audible produced by Hat Trick Productions and starring Jack Dee and Meera Syal and is currently being developed for television.

Millerick gives you far more than most comedians manage in an hour’ – Chortle ‘Angry, Intelligent Stand Up’ – Time Out ‘It’s delivered exquisitely and is beautifully funny